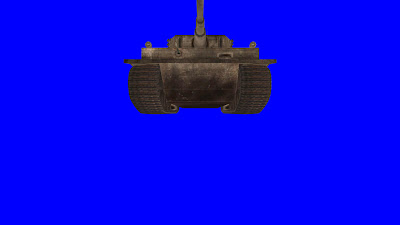 Visually not very impressive, just as the last screen. The point is that the basic Nebula3 render loop is now also running on the 360 (complete with asynchronous resource loading), side by side through exactly the same highlevel code and from the same source-assets as the PC-version.

It took me a bit longer then planned because of the 360's tiled rendering architecture, and because the rendering code is *not* just a straight port from the PC version (you pretty much can do this on the 360, it's just not as optimal as using the more 360-specific APIs).

Because of the tiled rendering I had to do a few basic changes to the CoreGraphics subsystem in order to hide the details from the higher level code:

The second change is that RenderTargets have become much smarter. A RenderTarget object isn't just a single rendering surface as in Nebula2, instead it may contain up to 4 color buffers (with multisampling if supported in the specific configuration) and an optional depth/stencil buffer, it has Begin()/End() methods which mark the beginning and end of rendering to the render target (this is where the rendering hints come in, to let the RenderTarget classes perform platform-specific actions before and after rendering).

A render target now also knows how to resolve its content most efficiently into a texture or make it available for presentation. Traditionally, a render target and a texture was the same thing in Direct3D. So you could render to a render target, and when rendering was finished the render target could immediately be used as a texture. This doesn't work anymore with multisampled render targets, those have to be resolved into a non-multisampled texture using the IDirect3DDevice9::StretchRect() method. On the 360 everything is still a little bit different depending on the rendering scenario (720p vs. 1080p vs. MSAA types). So the best thing was to hide all those platform-specifics inside the RenderTarget object itself. A Nebula3 application doesn't have to be aware of all of these details, it just sets the current render target, does some rendering, and either gets a texture from the render target for subsequent rendering, or presents the result directly.

I also started to work on a "FrameShader" system. This is the next (simplified) version of Nebula2's RenderPath system. It's basically a simple XML schema which contains a description of how a frame is exactly rendered. It has 2 main purposes:
Since RenderPaths were hard to maintain under Nebula2 I originally planned to scrap them and do the frame rendering through hard-coded C++ classes. But going on with the Nebula3 rendering code I realized that the basic idea is good, the Nebula2 render paths are just much too granular and complex (a typical N2 render path file is ~500 lines of XML). So the focus for the FrameShader system will be on a simpler system that is easier to maintain.