A few pics from our new office right at the Alexanderplatz in the center of Berlin. The office is still sort-of under construction because of some delays, but it will be finished soon (in about 2 weeks hopefully). The good thing is that it is within walking distance from my home (about 3 kilometers), and its a very nice walk (at least if the weather plays well).

The new office is actually a LOT bigger then what's visible on the photos. We decided on a floor plan where we can have around 5..16 people in one room which is big enough to enable direct communication between team members, but not big enough to become noisy. There are several meeting rooms, a chill out area, 3 kitchens, a server room plus a fallback server room, and enough room for future growth (we had to move to a bigger office every 2 years since Radon Labs GmbH exists, hopefully the new office is big enough so that we can stay a bit longer this time around, because as far as Berlin is concerned, this is pretty much the perfect location).

Here's what we see when looking out of the office towards the Fernsehturm: 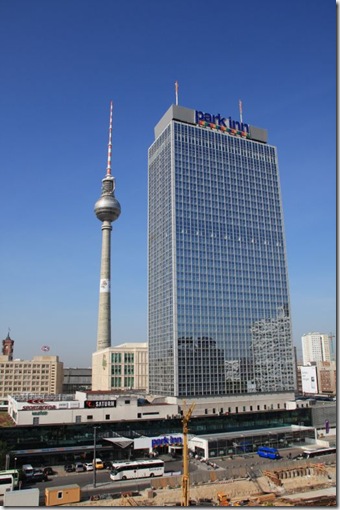 That's what it looks like in the areas that are still under construction, this is going to become one of the meeting rooms: 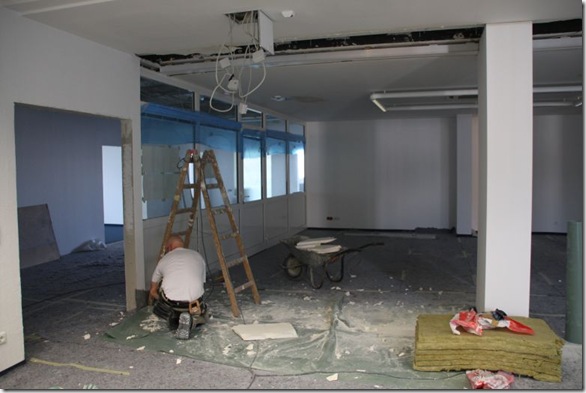 And that's what the team offices look like (this is the room of the Drakensang character department, who are presumably out to lunch or fleeing from the alien attack or something): 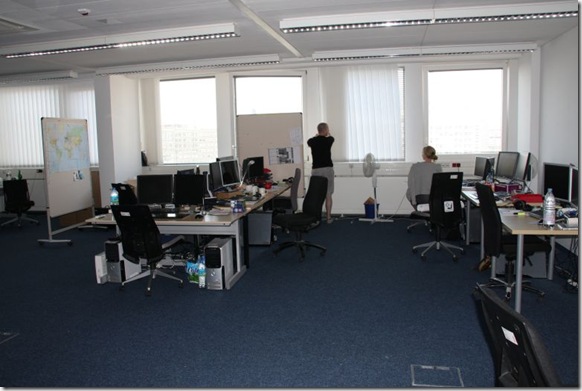 And this was right before the alien mothership appeared in the sky and started to lay waste to the city: 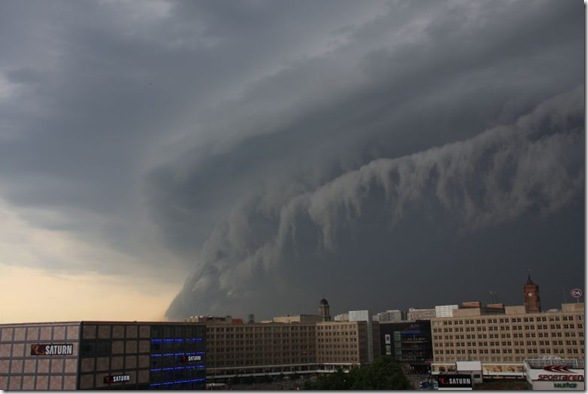 PS: thanks to Stefan for letting me use his photos :)