I just merged support for latest Visual Studio Code features back into the fips master branch which make for a quite pleasent (and consistent!) C/C++ development experience on OSX, Linux and Windows.

How to use fips with VSCode

Apart from the minimal fips requirements (cmake and python) you need Visual Studio Code (obviously) and on OSX and Linux the ninja build tool in the path:

You also need the official C/C++ and Python extensions.

To use VSCode as IDE, cd into a fips project and activate one of the *-vscode-* build configs:

Next run ./fips gen and ./fips open as usual:

Visual Studio Code should start with the fips project loaded.

Fips now supports VSCode Multi-root Workspaces to include all dependencies into the VSCode project explorer: 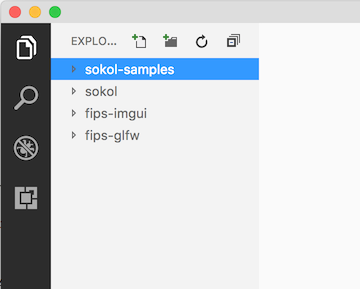 …as well as fuzzy symbol search: 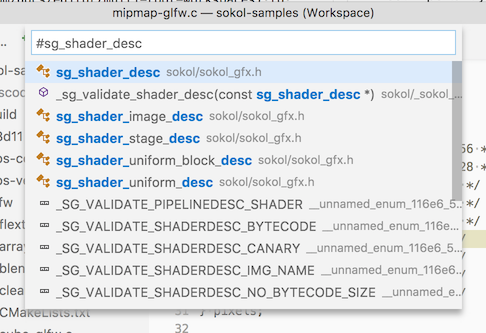 Fips creates a VSCode build task for each cmake target, everything works as expected from there on: 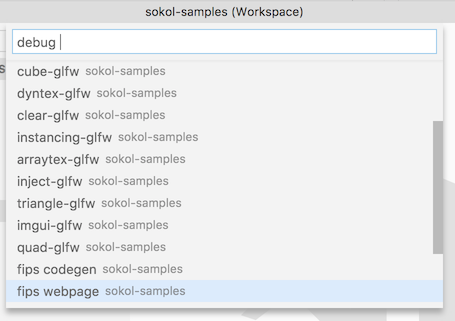 Unsurprisingly, selecting one of the C/C++ build targets starts the C/C++ debugger (which uses lldb, gdb or the Visual Studio debugger under the hood): 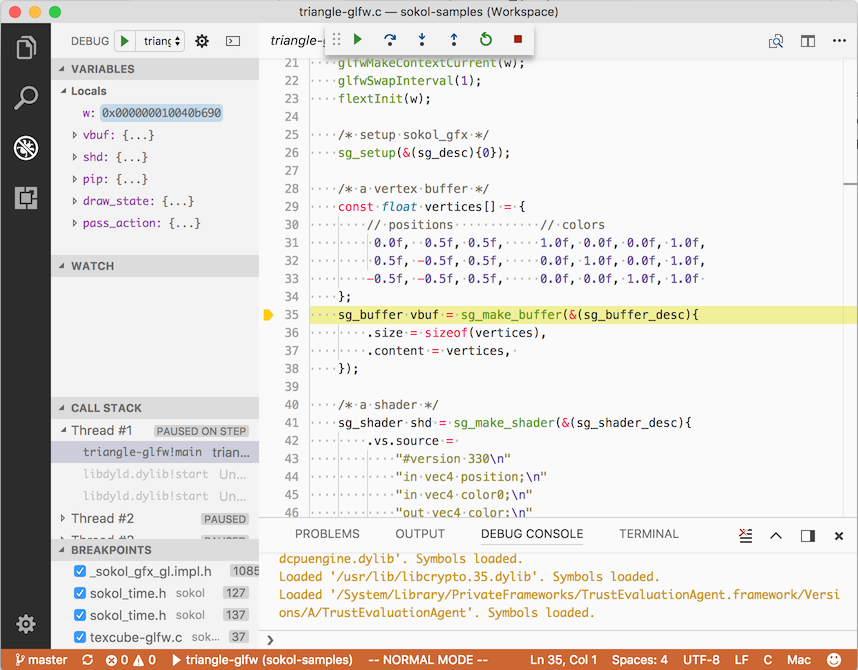 Debug targets that start with fips are python scripts, fips codegen is the fips code-generation custom build job, and the others are custom fips commands (for instance the sokol-samples project has a custom command ‘webpage’ which is used to build and test the asm.js/wasm samples webpages).

Some fips custom commands need additional parameters, these must be added manually to the launch.json file: 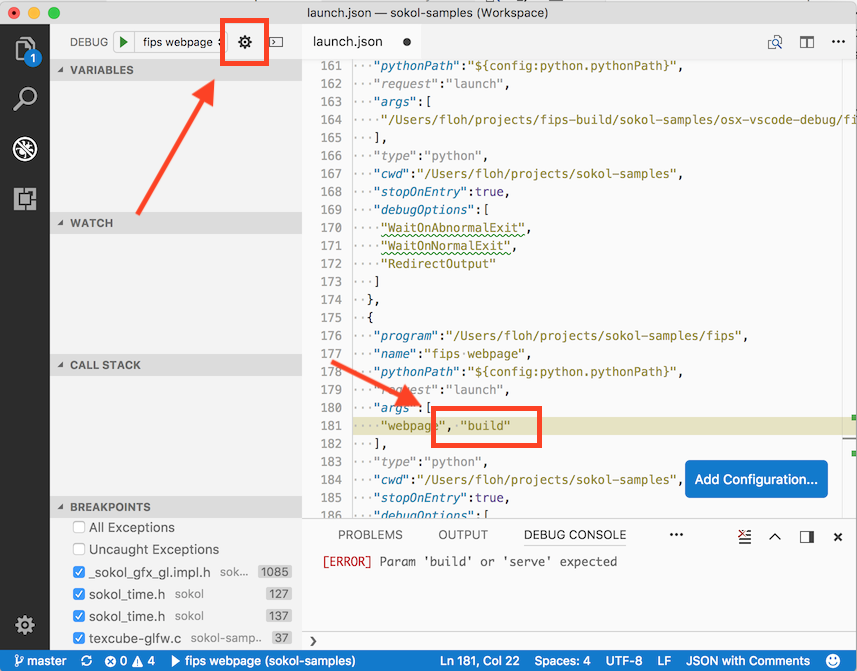 From there on, python debugging works as usual: 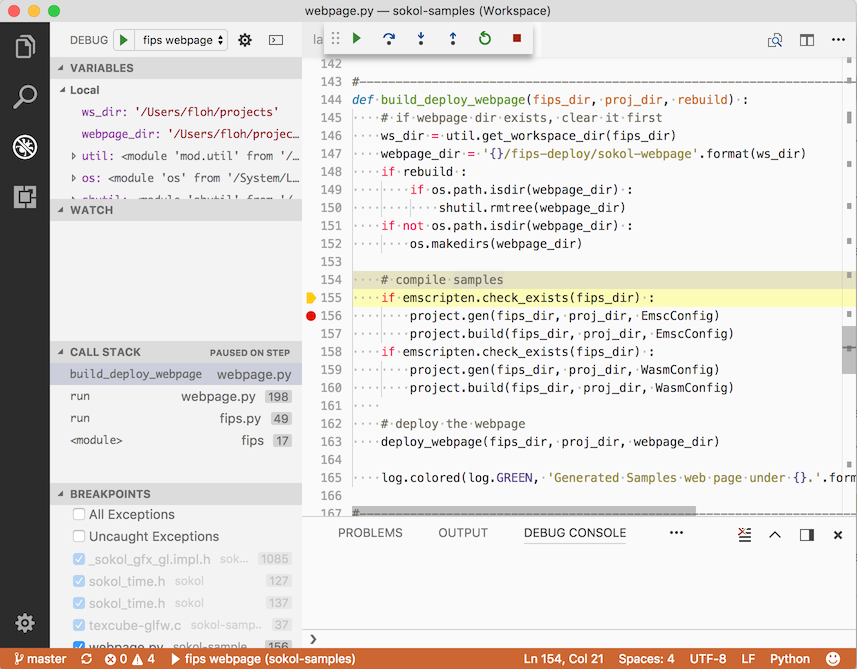 And that’s all for today, happy hacking!